About The Organized Pantry

Welcome! My name is Courtney and I am the founder of The Organized Pantry.

I started this site as a way to post tips and tricks for my Tupperware customers as a go to site for all of their Tupperware needs, but it has become much more then just that.

It has evolved into a site that not only features Tupperware, but also offers real life solutions to common household and life issues. I want you to be able to learn to live an organized life, with healthy home cooked meals, so you’re saving money as well as saving some of your precious time!

And this is just the beginning!

We’re going to have so much fun along the way!

I’m going to be honest, I haven’t always been the healthiest person, or the most organized but in the last year it has become something that I have really strived to be better at. Believe me, I can relate to anyone who is just trying to do a little better since they discovered Pinterest and realized that their house doesn’t look like all the pretty ones featured on those boards.

Wanna know a secret? Nobody’s house looks like the ones on Pinterest (or at least very few people’s houses do). So don’t stress out and if you’re wanting to just ‘do a little better’ come join me as I take you along my journey of how I got to where I am, and how I am still learning to be more efficient at everything in my life, in the most realistic way possible.

How this site started for me was my crazy obsession with my pantry. One afternoon, I went into a bag of flour and found these little tiny bugs called Weevils, and from that point I realized that I needed a better solution for keeping my pantry staples. I put in a lot of time researching what to use, and discovered that Tupperware Modular Mates would be the best solution for me. I then called my consultant to have a chat about the benefits of using Modular Mates, and how I was going to be able to afford to make this investment. We decided that for me at that time the best way for me to make this investment was to actually earn them for free. After earning what I needed for free I then completed my first makeover of my kitchen cupboards. Since then, we have moved and I designated a linen closet in my new house as my pantry.

In June of 2014 I started to change some of our eating habits and strived to cook more at home, and have take-out a lot less. This was a plan, not only save me money, but to also save me some time. In order to change our habits, I had to give our pantry an make-over once again!

I needed to make space for ingredients for making real food, instead of already assembled processed foods. I discovered that I was going to need more Modular Mates. I also wanted to purchase the Tupperware SmartSteamer, and I knew for everything that I wanted hosting a party just wasn’t going to cut it. I decided to join Tupperware to get a discount of 25-40% so I would save some serious cash! I never intended on actually selling the products until I saw the seven level reward system.

I worked my way through the levels and earned level seven in just seven weeks! In the end, I was able to transform my pantry, my kitchen, my cooking, my eating as well as my time management skills, all from this one decision that I made, on a whim, one night. I started my business Facebook Page, and from there I started getting asked how I designed my pantry, it was then that this site slowly started to creep into my mind, and that I wanted to share exactly how something as simple as organizing my pantry, changed my life for the better.

– I live in Belleville, Ontario.

– I have two children, my son who is six, and my daughter who is three.

– I have been married for that last six years to my wonderful husband.

– I talk a lot when I’m passionate about something, and I write how I talk, so I have mastered the run-on-sentence. My professors could never get over this issue, but perhaps you’ll learn to love it or at least live with it, just as I have.

– I love playing & watching baseball, I love to watch curling and I have recently developed an addiction to reading on my Kindle.

– I have a self-diagnosed case of OCD where I require things to match, and if you’ve read a few of my posts you’ll clearly see it.

– I love taking pictures, and I try to only use my own photos throughout this site, no stock photos.

– I have slowly become “one of those people” who cannot function without their cell phone.

When I’m not in front of my computer, or in the kitchen I am most likely sleeping, because with two kids, a husband, a full-time job, and running a busy household I really could use a nap! 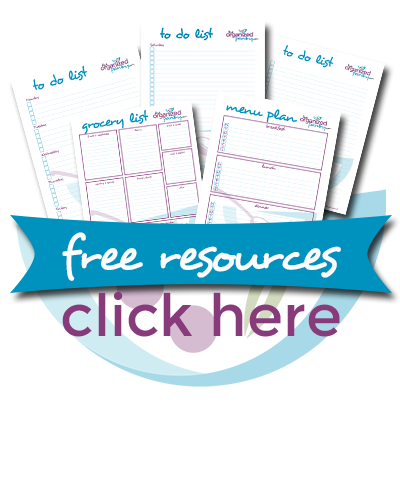